Restoration of the Historic Theatre 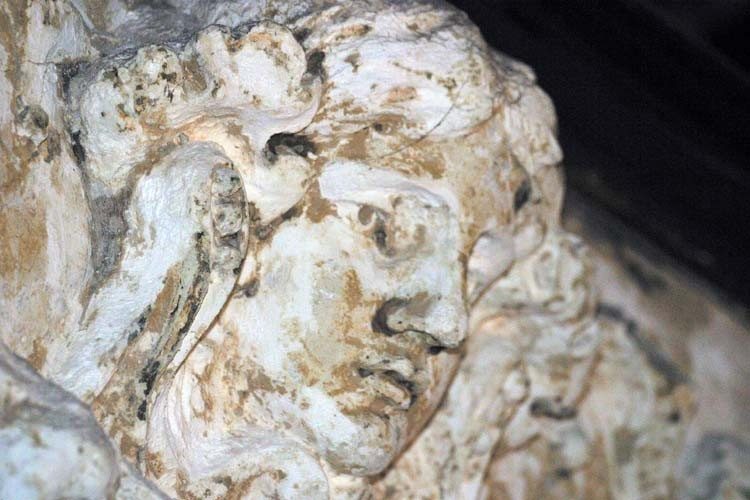 Mother Nature can treat even the most beautiful buildings with harsh disregard when they’re abandoned, and so was the case with the Academy of Music Theatre.

The theatre’s interior, once encrusted with lavish plasterworks and adorned with the finest paints and lacquers, is now a grim reminder of what happens when these sensitive surfaces are exposed to extreme shifts in temperature and humidity. Even the smallest holes in a roof over decades can reduce dreams to dust. But the Academy of Music Theatre is living testimony to the extraordinary craftsmen that built her well over a century ago. While to the eye, her interior may seem irreversibly damaged, her walls still stand, her floors are secure, her balconies are relatively intact, and thanks to careful maintenance over the last decade, her roof is still in place (an accomplishment in itself as the roof is usually the first to fall in a derelict theatre.) Much work has already been completed through Act I of the campaign.

A Unique Set of Challeges

While no historic theatre restoration is easy, the Academy of Music project is viewed by our combined team of architects, contractors and venue operations experts as being as unique a challenge as they’ve ever seen.

Our two primary challenges have nothing to do with the original design or construction of the structure; work of the highest quality which has survived against everything that time and neglect could throw at it. Nor does it have anything to do with the condition of the building as we find it today. While her surface shows a half century of deterioration, this is little more than a cosmetic problem and the easiest to fix. Her “bones” are for the most part intact, though in need of significant stabilization and repair. The elements of this project which call upon the team to engage their greatest creativity and drive are the facts that A) the restored theatre must function within an existing active complex surrounding it and B) the theatre is built on the side of a steep hill.

Virtually all restored theatres exist as self-contained entities. Their systems, needs and capabilities are all fully enclosed within their own walls. However in the Academy’s case, our theatre will be attached to what is known as the Arts Education building and various organic systems of the two venues (elevators, loading docks, electrical, air handling etc.) will be shared. In addition, the restored theatre will be adjoined by new spaces providing a main lobby, bathrooms and lounge areas which will allow it to meet the requirements of efficient event management, the comfort and habits of modern theatregoers and municipal regulations.

Equally challenging is the land upon which the Academy of Music Theatre was built. Just a few feet past the original entrance, the ground begins to steeply decline, to the degree that street level at the front of the structure becomes the third floor at the back where it attaches to the Warehouse Theatre building. This condition allows us to build dressing rooms and support systems below the auditorium and stage without the considerable excavation normally required. Even though that advantage is recognized, the design phase becomes much like playing three level chess. It keeps everyone energized, focused and all pencils sharp!

A Work in Progress 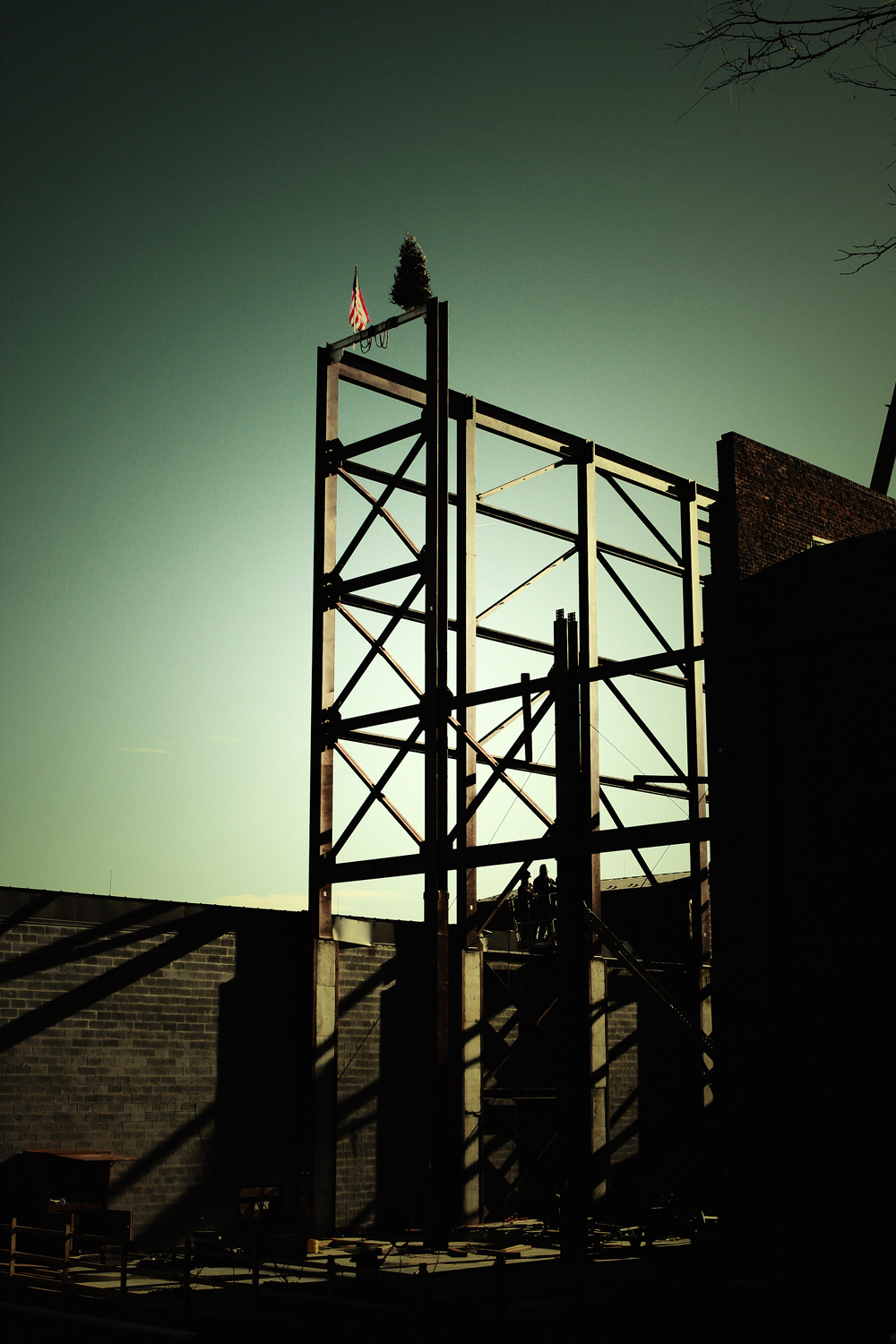 Though not visible from the street, a tremendous amount of work has already been completed inside the theatre throughout Act I.

Act I accomplishments include:

-Acquisition and stabilization of the Academy of Music Theatre
-Reconstruction of the Academy of Music Theatre’s
stage house, fly tower and stage
-Purchase of the Price & Clements Building
-Creation of the 340-seat 5,000 square foot
Joy & Lynch Christian Warehouse Theatre
-Creation of A&E studio, classroom, gallery
and administrative spaces
-Creation of the pottery studio
-Purchase of the Lynchburg Gas Company Building (Administration building)
-Renovation of Academy galleries
-Completion of approximately 80% of architectural and engineering plans for the complex

Much work is anticipated, now, in Act II. A visit to Main Street now reveals the return of the Academy’s vintage 1946 marquee, at the time an amalgam of the canopy which covered the entrance in 1912 and postwar neon design. This work was funded by generous grants from Lynch’s Landing and Virginia Main Streets, for which we are enormously grateful.

In a combined effort of Academy management and CJMW Architecture Inc., the full restoration is now being broken into three work ‘Scenes’ within Act II.

Scene 1’s construction will focus on the stabilization of exterior walls, modification of roof trusses, general re-roofing, reworking of auditorium seating bowl and support structure, and exterior brick repointing, cornices, windows and restoration of portions of the Main Street façade. Also included is the reworking of all site utilities in the 6th Street alley to accommodate new construction and preparation of a foundation and basement for what will become the theatre’s new Main Lobby. The initiation of each work scene will be predicated by the pace of our fundraising efforts. In order to maintain a continuous work flow within each scene and avoid cost overruns, each phase will be fully funded prior to initiation.

When restoration is complete and the Academy of Music Theatre opens her doors to the public for the first time in almost sixty years, patrons will find themselves in a contemporary (but period relevant) two level scene. The first level will lead patrons to our box office, art gallery, rest rooms and primary auditorium entrances. The second level will lead to our balcony entrances, lounge, main concessions and executive offices. Once inside the auditorium, ticket holders will see (and we hope feel) almost exactly what they would have in 1912. The curtains, the box seats, the ornate plaster details, the rugs and the orchestra seats will as precisely as possible recreate the 1912 environment. While our intent in the auditorium will be to go back in time, the theatre will feature state of the art sound, lighting and rigging systems.

From the most intricate touring theatrical production to the simplest requirements of community theatre and everything in between, the reborn Academy of Music Theatre is designed to present the very best in live entertainment in a warm environment which will bring the patron back to days long gone… to the days when the saying was, “The show begins on the sidewalk.”